How do we talk to our kids about alcohol? How do we talk to our kids about alcohol in a way that prevents them from using it? As a parent, having those “tough conversations,” with your teen can be difficult. You know they probably don’t want to talk to you about drinking. And they seem to not really want you talking to them about drinking either. Most of the conversations are filled with “I know, mom/dad; I know…” Trying to relate to your child’s experience can also be difficult, and saying things like “I was young, once,” seems to usually lack the impact that you were hoping for. Well, there are some simple and proven methods to prevent your kids from using drugs and alcohol. And the great news is, there is evidence to show these prevention measures work!

First, a little background. In 2019 the Utah Division of Substance Abuse & Mental Health conducted a survey called the Prevention Needs Assessment Survey. The survey—which included almost 50,000 Utah students from grades 6, 8, 10, and 12—asked a series of questions about young people’s attitudes on a range of issues from substance abuse, to bullying, to mental health. In 2019, 91.4% of Utah students indicated that their parents felt it was “Very Wrong” for them to use alcohol—which likely contributes to Utah being the lowest state in the nation for youth alcohol consumption. Of those 91.5%, only 3.4% of them had had a drink of alcohol in the last 30-days. The same nationwide average is almost twice that, at 9.2%. And only 12.4% of Utah teens reported drinking alcohol at any point in their lifetimes, compared to over 60% of youth nationwide.

When we consider the 5.9% of Utah students who reported that their parents “agree with [alcohol] use, somewhat,” 20.6% had had a drink of alcohol in the last 30-days and over half (50.8%) had consumed alcohol at least once in their lifetime. If a student reported that their parents endorsed feelings that underage drinking was “not wrong at all,” the likelihood the student had consumed alcohol jumped from 3.4% to 41.0%.

Given this information, parents should feel confident that one of the most important things they can do is to simply tell their children that they do not approve of them drinking alcohol underage. When young people know that those people they look up to disapprove of a certain behavior, they are less likely to engage in that behavior. Young people who feel as though they are a valued part of the family, are exposed to opportunities to participate meaningfully in the responsibilities and activities of the family, and receive praise from parents and siblings for a job well done are less likely to engage in substance use.

These are just a few examples of familial protective factors that “protect” young people from drug use. There are protective factors that wrap all around a child to insulate them from potentially harmful behaviors. Things like community, school, religious groups, sports teams, and personal responsibility can all contribute to a resilient adolescent. But, next to the parents of a young person, not are perceived as highly as a young person’s friends.

Whether or not a young person’s friends drink alcohol is another significant predictor of whether they will drink. Think about the friendships that children have as their first independent steps forward into world. One of the first significant choices they make. Young people come into school with their family’s values behind them, and leave school having melded those values with those of their friends. It is not a surprise, therefore, that young people who associate with peers who engage in substance use are much more likely to engage in the same behaviors.

In fact, young people are even more concerned about what their friends would think about their decision to use alcohol than the direct risks involved with doing so. Young people whose friends drink alcohol are much less likely to view the behavior as risky, and are more likely to receive reward for drinking behaviors from their peer group. School commitment has been shown to be a risk factor for substance abuse, and young people who have low commitment to school are likely to find peers who share the same values. Also increasing the vulnerability to substance use.

It may be difficult for us to predict who our children will be friends with. But it is clear that we want the friends they make to share the values and expectations that we have for them. It may be the case that we, as parents, might want to organize a get-together with the parents of our children’s friends and talk to them about our expectations around drinking. I can concretely remember parents of my peers were less concerned about their kids—or me, for that matter—drinking. And it showed in the attitudes they held about alcohol. Who our children chose to be friends with matters. And parents have the ability to influence the attitudes about alcohol that their children endorse—both internally, and to their friends.

Next steps for alcohol prevention

Talking about alcohol can be a comfortable, and straight forward conversation. Let your kids know that you want them to wait until they are 21 to decide about whether or not they want to incorporate alcohol in their lives. Help your child connect with peers who share the same values. Those peers will support your child in making the right choices in all of those moments when you are not around. Additionally, encourage your children and their friends to spend time in the homes of people who agree with your stance on youth substance abuse.

Check out some of our other posts:

Bullying in our schools – Data from the CDC

This site uses Akismet to reduce spam. Learn how your comment data is processed. 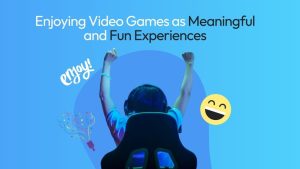 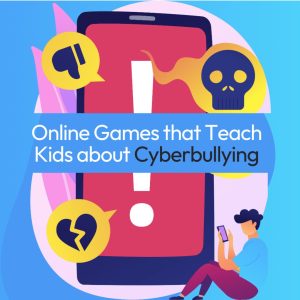 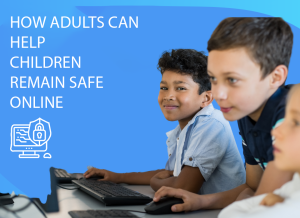 The ultimate helpline. The Stand 4 Kind app gives schools, students, and parents
easy access to various tools and resources to ensure a safe and positive environment for all.